Nick Knight is one of Britain’s most innovative and influential photographers and image makers. He has pushed the boundaries of commercial and editorial photography and collaborated with leading names in contemporary art, design, music and fashion. As Director of SHOWstudio he has recently produced on-line collaborations with fashion creatives.

I think, really, you’re sucked into photography when you first start doing it because it’s a very easy medium to do. Most cameras are pretty good and you’ll get an image which is coherent and looks like images you have seen pretty much straight away. It’s not like learning something like sculpture or painting where you have to learn a discipline beforehand. You pick it up and it’s there, it’s easy. So it sort of sucks you in. As soon as you start it you are producing stuff which looks OK. 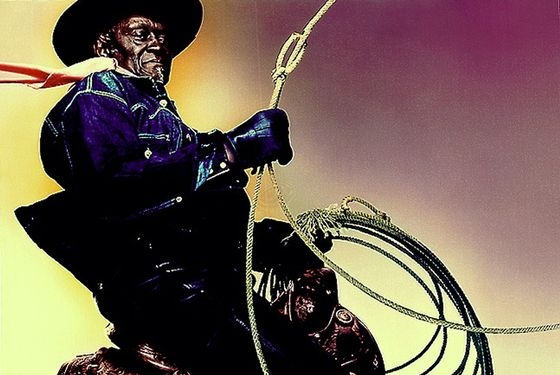 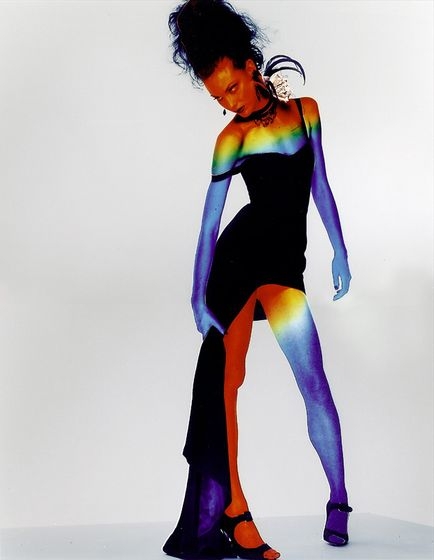 The conscious decision to take up photography wasn’t until much later. It wasn’t I guess until I was out of college. Probably when you come to your first big career problem, when it all starts to go wrong after initial successes, when you think ‘I don’t want to do this, I’m not sure I can do this’, you have to make a decision. Then you have to think ‘do I want to do it, don’t I want to do it?’ 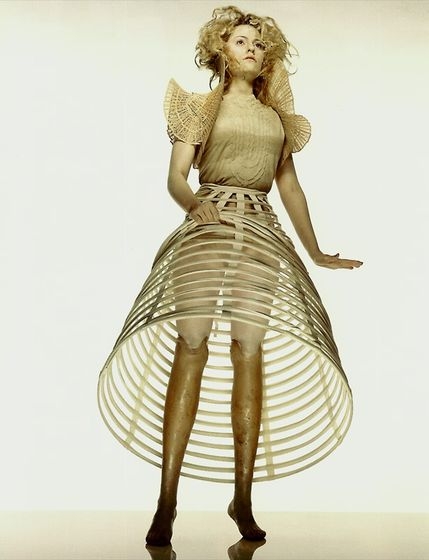 I was involved with some skinheads in London, in the way that I had been working in an off-license and it was a sort of late ‘seventies skinhead revival, which at the time was something that I got drawn into for different reasons. I originally approached that subject matter in very much the same way that I had done painting or pictures. I was photographing tattoos and peoples’ boots – very elemental, just breaking it down. But when I started to see the work, when I was actually going through the pictures, the pictures didn’t really need to be need to be cut about and were just printed as they were, as a body of work, as a sort of testament to a bunch of skinheads in East London in 1979-1980. 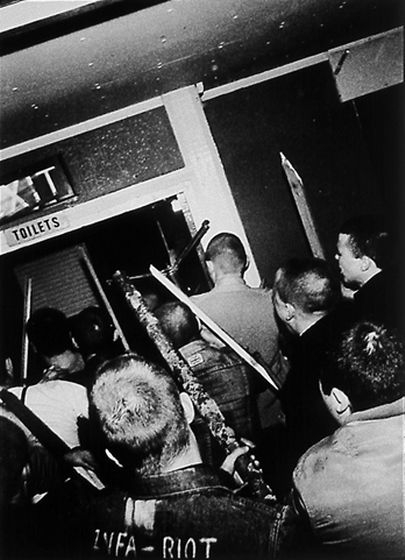 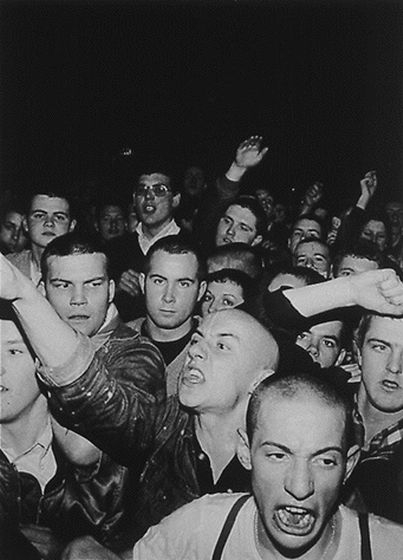 Once you get into the studio and when you are actually shooting there is a very marked way of behaviour. You are actually behaving to distinct roles. For a start there is an enormous amount of anxiety that has to be overcome when you are working. You are performing to a certain degree for a small and elitist audience. The people who you are working with, whether it be actors or whether it be models, you are on stage performing. And it’s not like when people go and sing on stage. Although they do it in front of much larger numbers, it is something they’ve rehearsed. But for a photograph you’ve never rehearsed – in fact that would kill it. So what you have to do is go in there knowing that you have got to perform, and it’s a little bit like someone saying to a singer ‘OK sing a song now, straight away, come up with a melody, come up with a good catchline, on the spot, now! Fine, do it again, now!’. That’s what I mean, you’re under that much pressure. 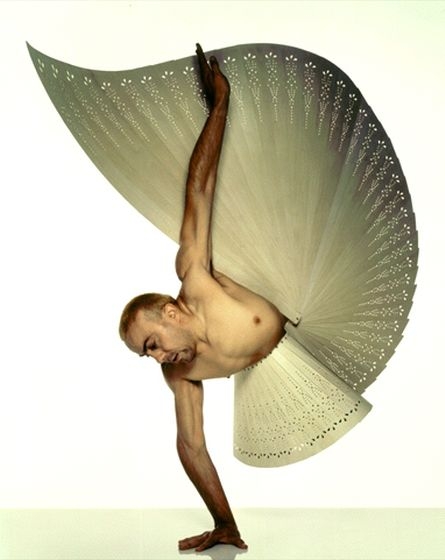 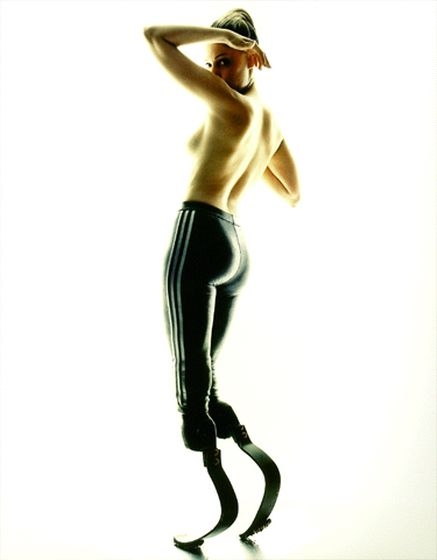 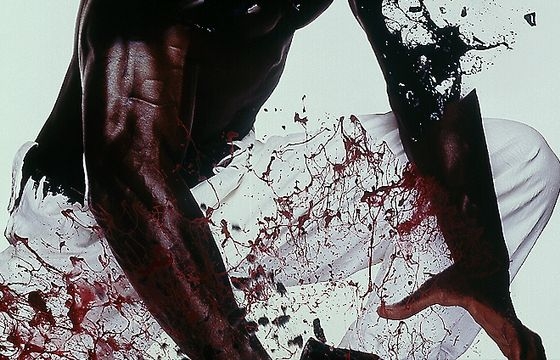 Say you were commissioning me to take a picture of your clothes, if you were a designer, and I wasn’t excited by that and I didn’t find a challenge in that, you wouldn’t get the pictures that you really want. You wouldn’t get somebody really photographing your things and making them live and giving them passion. 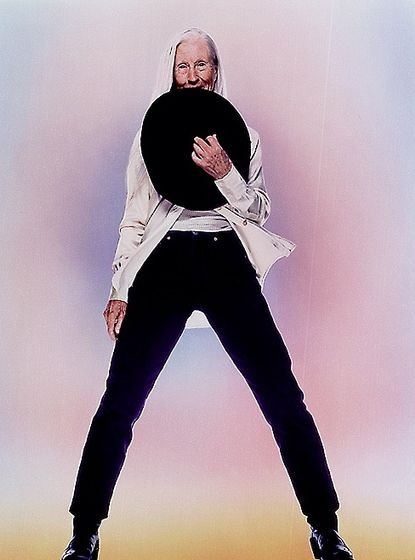 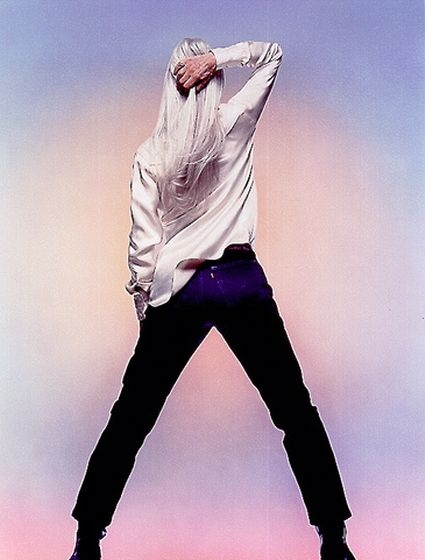 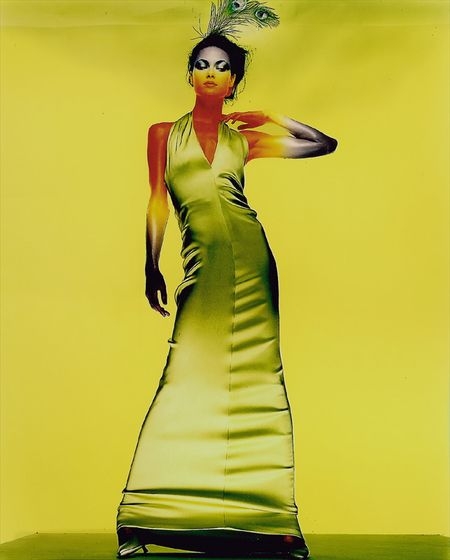 The first step of approaching a picture which is highly coloured like these pictures, you’re really finding your feet, you’re pushing them to their extremes. When you apply a strong colour to an image it does different things to it. It changes the shadow areas. It almost changes the model’s expression. Colour only works in juxtaposition to another colour. 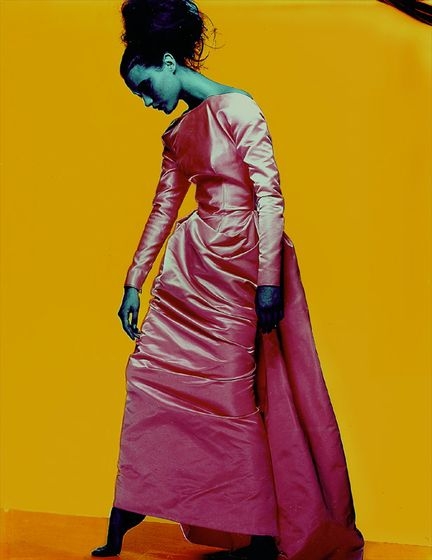 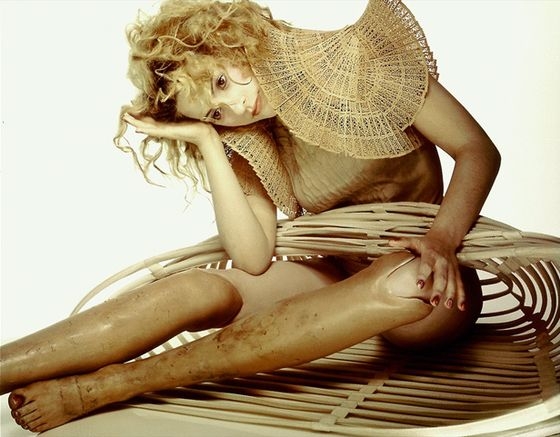 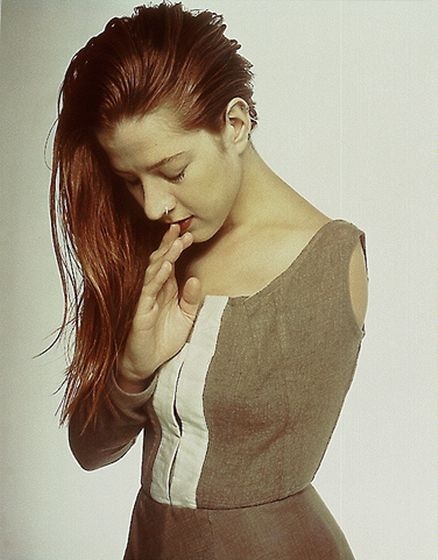 You are photographing a person, you’re not photographing a body. That sounds a bit odd but that’s how one approaches it. When you look at somebody you look into their eyes and you talk to them looking at their face. You don’t stand back and judge a body. It’s this whole body thing that I’ve worked on a couple of times. 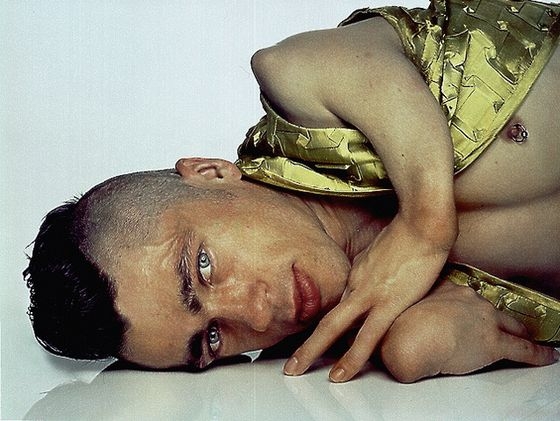 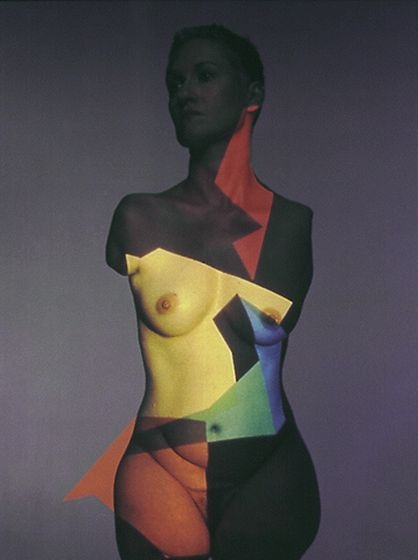 There’s a latent theme in my work – which is certainly coming more to the forefront in the last couple of years, although it was there obviously when I started with Skinhead – which is violence. It looks like violence but I don’t actually think it is. It feels on a personal level that it’s about a certain anger that we all experience when things aren’t correct and things in life don’t seem correct. When you see injustice there’s a certain anger that can well up inside you. 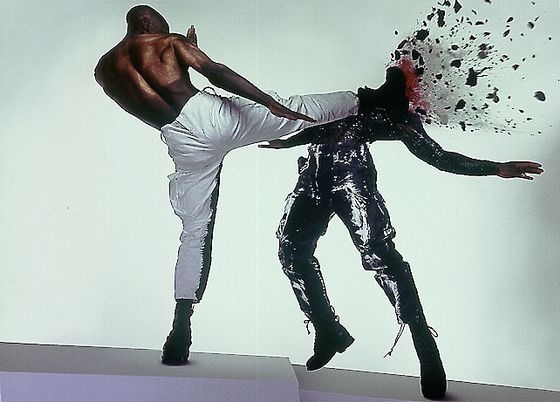 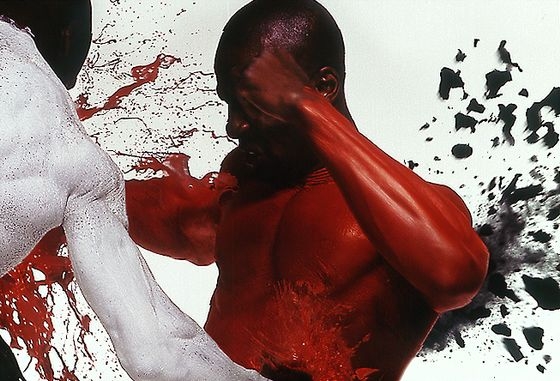 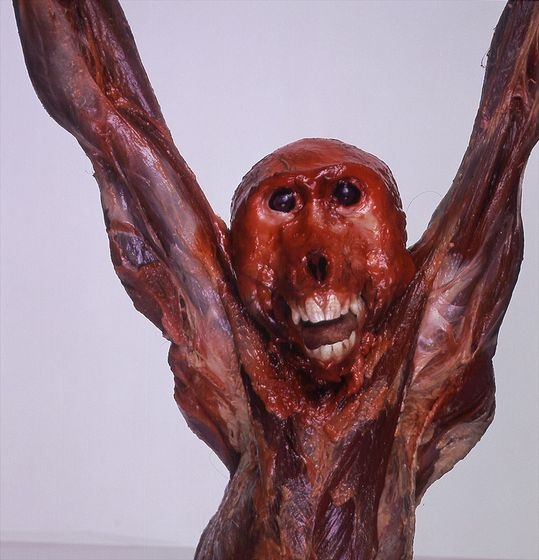 Violence is a negative thing so I’d rather not call it violence. It’s about energy and it’s about force. Energy I think is a better way to describe it. Projects like Skinhead, projects like Big, projects like the skinny guy in the burning car – all different things which are to do on the surface of them with large exchanges of energy or violence. It’s something that I have to keep working through. I haven’t got the satisfaction out of pictures yet. I don’t want to just drop them. There’s something there that needs to be pushed. 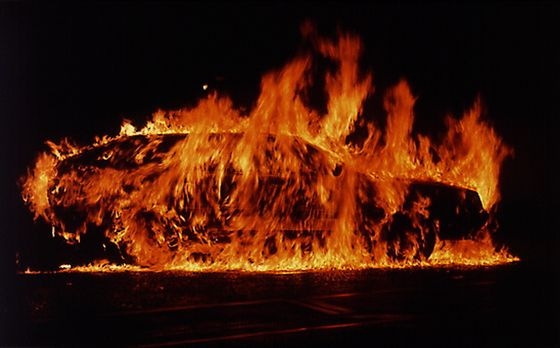 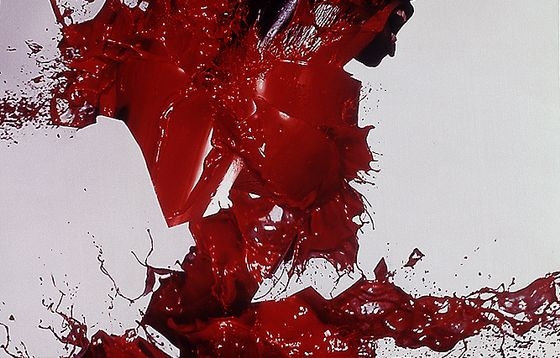 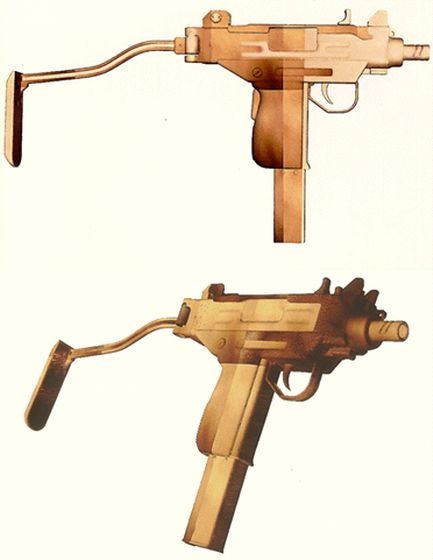 It is very tricky now to really, honestly call yourself a photographer because a lot of what I do doesn’t adhere to the rules of photography. For example, with the introduction of digital technology and the more frequent use of that in the creation of the image, you are really not following the rules of photography any more. A lot of what I do doesn’t always pass through a camera. I am certainly not upset about that. I find that photography seems to be going pretty much nowhere. I’m quite happy to see it’s demise – not out of any nastiness but out of a sense that the medium that’s arising from it, that’s becoming the new medium, is much more exciting than photography. I think photography has been wrestling with a burden of telling the truth, which I don’t think it was ever particularly good at. 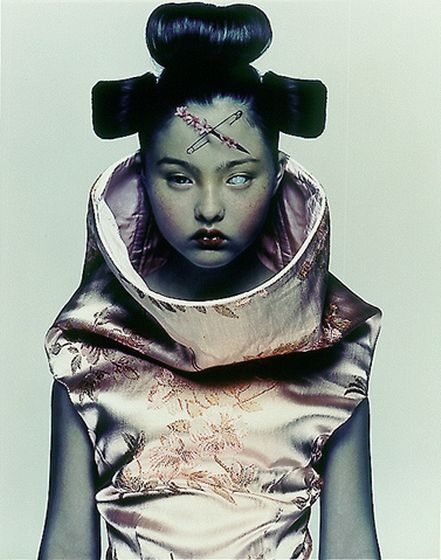